Accelerating social change through diversity and inclusion in marketing 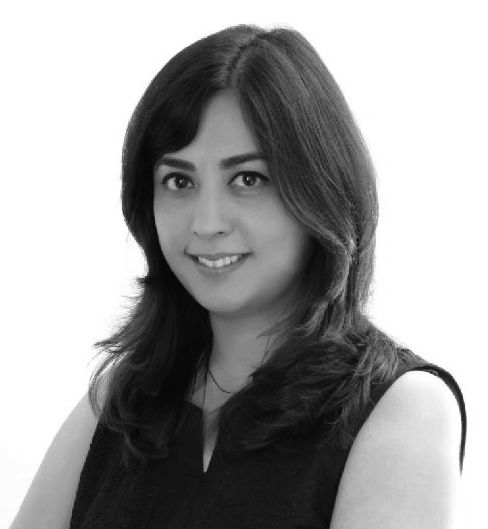 Diversity and inclusion today has a role to play beyond fostering creativity and innovation in marketing and advertising - it can be a catalyst for social change tomorrow, says global data and measurement-driven media agency Essence’s Sonali Malaviya.

Over the last decade, Asia-Pacific has witnessed important advances in diversity and inclusion. And while specific nuances emerge in individual markets - for example, Japan is focusing on gender diversity, China is concerned about ageism, Malaysia is tackling ethnic discrimination, India is dealing with legacy prejudices of religious and socioeconomic inclusion, and Singapore has some education to do on sexual orientation - ‘inclusion without prejudice’ is working as an effective and powerful mantra even in a region as diverse as ours.

Part of the reason for the progress we have seen is the role companies in Asia-Pacific have been playing by incorporating diversity and inclusion metrics into their core business objectives. Additionally, as organisations continue to grow and employ more people working across cultures and countries, the experience of working with others from different backgrounds is exposing even more people to new thoughts, ideas and beliefs.

In today’s business environment where geographical boundaries are becoming blurred, diversity transcends beyond gender, race and ethnicity. It is also about the inclusion of different mindsets, experiences and value systems. As an example, many years ago during a leadership development programme, I learnt something that has stayed with me and became a mantra for lifelong listening and learning - the magic of saying “Yes, and…” instead of “No, but…”. The world of possibilities that have opened up for me by being exposed to diverse ways of thinking, being and doing has been incredible.

Moreover, diversity frees us from the danger of groupthink and promotes critical thinking. Groups with a similar composition of people in terms of demographics tend to think similarly. According to Psychology Today, groups that prioritise their group identity and behave coldly towards ‘outsiders’ may be more likely to fall victim to groupthink and make irrational or non-optimal decisions that ignore critical information. Diversity of thought has been shown to mitigate groupthink. Besides, greater diversity and inclusion in the workplace is believed to have the most positive impact on innovation, right after company culture.

The commitment towards a diverse workforce and inclusive working environment needs to start from the top. At the same time, the approach needs to be systemic and run throughout the organisation. Essence’s commitment to building and sustaining a diverse and inclusive culture starts from the top and runs deep. Existing diversity and inclusion initiatives work at two levels - first, by creating awareness of unconscious bias, training and working with people on overcoming challenges, and second, by providing a safe environment for people to voice their thoughts and contribute meaningfully. It is a win-win as employees are nurtured and encouraged to be who they are, while the organisation benefits from diverse views - the secret sauce to enabling innovation and forward thinking. This inclusive culture promotes a workplace where everyone can find a place to belong, thereby helping to attract and retain talent.

Organisations as catalysts for social change

Beyond driving business objectives, and fostering creativity and innovation in the workplace, organisations in the world of marketing and advertising can potentially be catalysts for social change. Some of the most enmeshed societal challenges of today are increasingly being addressed by diverse brands and agencies who have experienced these challenges. This takes on a whole new meaning when one considers the reach and scale that marketing, media and advertising enable - the awareness raised, the talkability generated and the thoughtfulness provoked. There is perhaps no other form of communication that is so far-reaching and deep in affording people the opportunity to make an impact where it matters most.

Here are a few examples of brands and their agencies taking up sociocultural causes, leveraging the power of marketing and advertising to make the world a better place - even if slightly or gradually - while enabling their success from a brand love standpoint:

Google has been taking up the mantle for female empowerment across multiple dimensions. A campaign in India I particularly love is one about reaching your dreams and to ‘Be Unstoppable #WithALittleHelp from Google’, saluting the spirit of women athletes in a space typically dominated by men. Another campaign encourages women to step out into the world and witness the wonders that await them, and ‘Find Yourself #WithALittleHelp from Google Maps’.

In China, the issue of unmarried women, stigmatised as ‘shèng nǚ’ or leftover women, has been a topic of concern in a society that prioritises marriage and motherhood for women. SK-II embraces this cause with a documentary-style video ‘Marriage Market Takeover’ as a part of a global campaign to inspire women to shape their destiny. Likewise, its subsequent film ‘Meet Me Halfway’ celebrates courageous women who have taken the first step to create understanding between parents and daughters on marriage pressure.

In Australia, Airbnb’s ‘Until We All Belong’ campaign supporting marriage equality makes a powerful yet simple point - that of acceptance and belonging. The Acceptance Ring, an incomplete circle with a gap, is a symbolic physical representation of the gap in marriage equality that needs to be closed. It brings to the forefront that legalising equal rights is as important as accepting the LGBTQI+ community in society.

Dove Malaysia’s ‘Beauty Unites Us’ initiative, as part of its global ‘Real Beauty’ campaign, challenges the narrow standard of beauty that exists despite the country comprising over 800 islands, with multiple ethnicities and languages. By inviting women and their friends to take part in the conversation, Dove celebrates women, their support networks and the diverse faces of beauty in Malaysia. Globally, Dove’s introduction of a ‘No Digital Distortion’ mark on its branded content to ascertain that its images are not digitally distorted reaffirms its commitment to the authentic portrayal of women and beauty.

Ongoing conversations on diversity and inclusion in workplaces, and their extension into social spheres, have also effected one of the most powerful social changes yet - that of allyship - a key force in unlocking the benefits of diversity and inclusion. Allyship fundamentally is about using one’s place of privilege to elevate others, and cultivating truly inclusive and diverse workplaces. Today, the cause of women’s inclusion is also being furthered by many men - not just as a talking point, but out of authentic, honest conviction or belief that advocates equality.

To summarise and simplify an unnecessarily complex narrative, diversity is the dimension that helps us understand that each individual is unique, has distinctive physical and cognitive characteristics, as well as varied responses to the same situations. Our ability to recognise these differences, respect and appreciate them, and include them regardless, is inclusion. And for brands and agencies, a diverse workforce and equitable workplace enable the creation of marketing that can go beyond driving business objectives - to effect social change.

This article was originally published in Campaign Asia-Pacific, and is part of a content series on diversity, equity and inclusion for Women to Watch 2020, created in partnership with Essence.

Of men, and minding the gap

Kyoko Matsushita: diversity must come from the top

Essence partners with Campaign Asia-Pacific for Women to Watch 2020